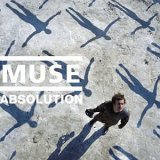 Hello everybody. This morning I was listening to the radio and heared the tune “Don’t cry for me Argentina”. Then I asked myself a question: Why do some people use the term “rock opera” when talking about some affected musicals created by Weber, Rice and company? Is it logical? I don´t think so.

In case you don’t agree with me, let’s bring up the first works of this genre. The Who’s “Tommy

” represents the opening title of this rock style music, and it was followed by distinguished albums (“The Wall

” is not rock, but a mixture of pop and soft rock.

I have been searching for some current equivalent to those previous extraordinary conceptual rock pieces. It has to be an opus in which rock gets its strength back, combining it with the theatrical sense that opera provides.

These are the characteristics requested:

With these parameters my first choice will be “Absolution”. The author responsible: Muse.

I really like Muse’s music, even more than Radiohead (perhaps their most notorious influence or precedent). Since “Showbiz

” I’m a fan of their supervitamined rockers and their singular ballads. Some of the favourites are “Darkshines”, “Showbiz”, “Airborn”, “Muscle museum” or “Unintended”.

However, “Absolution” is the album which we will pay attention to. In this vigorous, extremely elaborated gothic rock opera, Muse manages to get a structural coherence worthy of a great opera libretto. Matthew Bellamy obviously has a great voice and in “Absolution” he plays the role of a divo, deliberately exaggerated.

“Absolution” is sometimes an exercise of controlled improvisation, and this fact enriches its dramatic conception.

The use of the orchestra contributes to my argument. I suggest you to listen to “Butterflies & hurricanes” so that you´ll understand what I’m saying, with that kind of romantic concerto in the second half of the song.

Just enjoy the album´s highlights (the sombre “Apocalypse please”, the haunting final theme or the excellent “Hysteria”). All in all, I hope that “Absolution” redeems us from venial sins like Elton John’s “Aida