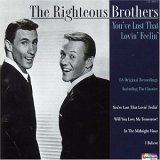 I think that versions must add something to the original piece. It’s not a matter of respect to the original, but a question of being creative. I remember when, for example, Nirvana was going to version the great David Bowie’s “The man who sold the world”; I expected a new powerful song, but it really disappointed me.

However, we can find some very originative versions which worth paying attention to. Five examples:

Sure, I´ve not included many brilliant versions. If you have some favourites, just tell us. 🙂

Note: Talking about acoustics, unplugged concerts have given rise to a lot of acoustic reviews. The versions (those which really work as if they were new songs) usually go beyond a mere transcription of the same notes but for an acoustic instrument.